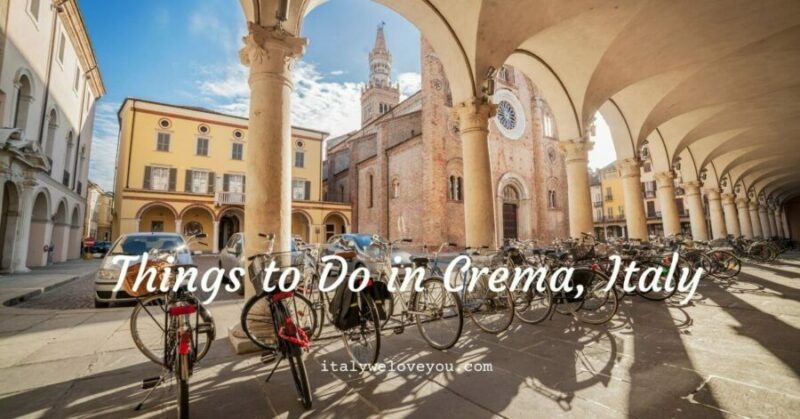 Crema is a small town of 35,000 inhabitants located in the lower Po Valley, with a small but treasured historic center, where you can eat very well and can be easily reached by train.

Crema has very ancient origins. According to tradition, the foundation of the city dates back to the 15th of August 570, the day on which, to face the Lombard threat, the inhabitants of the area founded the city. From the 15th to the 18th century, Crema entered the orbit of the Republic of Venice, as a frontier fortress. The remains of the walls that delimit the historic center of the city date back to this period.

It is a city on a human scale and is mostly toured by bicycle. Crema is also linked to the organ-building and bell-making tradition: pipe and bell organs have been built here since the dawn of time and both activities are still kept alive. There is a section of the local Civic Museum dedicated to the art of organ building too.

Things to do in Crema

The central Piazza Duomo (Cathedral Square) is the heart of the city of Crema and its peculiarity is its U-shape, which embraces the Cathedral of Santa Maria Assunta. It is here that the first nucleus of Crema was built and today it represents the heart of the city as well as the point where the main arteries that cut it in two crosses: via Cavour / via Matteotti from North to South and via Mazzini / via XX Settembre from East to West. At the ends of these two streets, there are the only surviving city gates: Porta Serio and Porta Ombriano.

In the middle of the square stands the majestic and elegant Cathedral of Crema dedicated to Santa Maria Assunta. The construction dates back to the period 1284-1341. The style that distinguishes the refined facade is Lombard Gothic: note the skillful use of clay to embellish single and double lancet windows and other architectural elements. The interior is large, divided into three naves separated by massive pillars. As soon as you enter, on the left, you will notice what remains of the Baroque period, in sharp contrast with the rest of the church. There are also some important paintings, such as the “Christ appears in San Marco” by Guido Reni, in the left aisle.

To mark the border between the square and via XX Settembre is the “Torrazzo”, the tower inserted in the complex of the Town Hall as a monumental gate. The Torrazzo meets the Lombard taste of the early sixteenth century and its two facades differ from a decorative point of view: the one overlooking Piazza Duomo has two niches on the sides of the balcony with the statues of San Pantaleone, patron saint of the city, on the left. and San Vittoriano on the right, and under the clock, there is the coat of arms of the city, on the facade overlooking Via XX Settembre instead stands a bas-relief with the Lion of San Marco. The interior of the Torrazzo now houses the municipal offices.

Adjacent to the Torrazzo is the Town Hall, commissioned in 1525 by the Venetian government. In the building, Lombard architectural elements blend well with those of Venetian architecture, which is expressed for example in the elegant three-light windows of the noble floor. Always linked to the “Serenissima” are the numerous coats of arms of Venetian governors inserted in the walls.

In Piazza Duomo you will also find a medieval tower with a Lion of San Marco: it is the Guelph tower. Next to it, with its magnificent main door, is the Pretorio Palace, built-in 1548 to house the mayor. The square ends with a yellow building, next to the Cathedral: it is the Bishop’s Palace, the seat of the Diocese of Crema.

In Crema, there are many noble palaces, very beautiful both outside but above all inside. They are almost all inhabited and therefore, unfortunately, they cannot be visited inside. At most, you can have a peek at the courtyard. However, there is one exception, represented by Benzoni Palace, where the “Clara Gallini” Municipal Library is located. The building is located in via Civerchi and is immediately recognizable for its elegant facade. The interior is a splendor of sumptuous stuccoes and splendid frescoes from the seventeenth and eighteenth centuries. The hours in which the palace can be visited are those of the library.

Also worth seeing is the splendid refectory of the former convent of Sant’Agostino, frescoed in Renaissance style by Giovan Pietro da Cemmo. There are tondi in which biblical stories are depicted, while saints, blessed and Augustinian doctors are represented in the lunettes and, to decorate the whole, there is a beautiful frieze. The shorter sides of the refectory instead see the Crucifixion and the Last Supper represented.

On the upper floor of the former convent of Sant’Agostino, you can visit the Civic Museum of Crema which, although not very large, houses many interesting things. It is a museum divided into several sections. It starts from the archaeological section where you can admire various finds ranging from prehistoric times to the Lombard period, almost entirely found in the area. Then we move on to the art gallery, which mainly traces the local artistic life and ends with a part dedicated to modern art. Finally, there are two very interesting sections of the Museum that are open only on request: one is dedicated to the “monossils”, the ancient pirogues made by digging the trunk of a very large tree that in the past were used to navigate the rivers in the area and transport goods. The other one is dedicated to the art of organ building which has a very long tradition in the area. A very fascinating craft activity that is explained in one of the two exhibition rooms. Admission to the Museum is free.

Bondenti Terni De Gegory Palace, in the square of the same name, is a grandiose and elegant building and represents the most significant example of Baroque in the city. It consists of two main wings connected by a rear central body. To protect the area there is a wall overlooking the street and the square, embellished with elliptical windows with elegant wrought ironwork and surmounted by three sculptures representing the allegorical figures of Generosity, Wisdom, and Prosperity and a fourth statue, a woman with a sheep, to remember that the Bondenti family traded wool. The palace is a private residence, therefore it cannot be visited inside, except on some special occasions.

The church of the Holy Trinity has the characteristic of having two facades: an architectural whim dating back to the first half of the eighteenth century. The longest façade, the one facing the street, ends with a bell tower on top of which is the bronze statue of the Redeemer. You enter the church from the portal on the short side: the interior is small but richly decorated and with a magnificent pictorial perspective in the apse.

A few minutes’ walks from the two-sided church is another small baroque treasure chest of the city: the church of Santa Maria delle Grazie. From the outside, the church is rather simple, but inside, with a single nave, a triumph of painting explodes, probably the most significant example of Baroque painting in Crema. Saint Mary is the main protagonist of most of the frescoes in the church, the work of Gian Giacomo Barbelli.

The Oratory of St. John the Baptist is another small masterpiece to visit. The exterior is rather severe and anonymous, while the small interior with a single nave is spectacular. Here too there are paintings by Gian Giacomo Barbelli who in 1636 was responsible for creating the entire cycle of frescoes, dedicated to the Stories of the life of St. John the Baptist.

In the middle of Piazza Trento e Trieste is the war memorial, which faces the Austro-Hungarian Market, the monumental loggia built-in 1842 to celebrate the second visit of Emperor Francis I of Austria to the Kingdom of Lombardy-Venetia. Initially, it had a commercial function, while today only the aesthetic one remains.

Next to it, you can see the facade of a church, or rather, of a former church: that of San Domenico which now houses the city theater and a music school.

The last thing to look at in the square is the building opposite the Austro-Hungarian Market: Benzoni-Donati Palace. It is an elegant L-shaped noble residence dating back to the sixteenth century.

The Sanctuary of Santa Maria della Croce is the only monument that remains outside the historic center, about 2 km from Crema. It is one of the most beautiful monuments in the city. It stands in the place where the Madonna appeared on the night of April 3, 1490. Where the apparition of the Virgin occurred, a cross was then planted, which soon became a pilgrimage destination. At the end of the fifteenth century, it was thus decided to build, in this miraculous place, a sanctuary dedicated to the Madonna.

The exterior, harmonious and elegant, looks like an articulated structure consisting of a circular central body (which becomes octagonal inside) flanked by four smaller buildings surmounted by copper domes. The interior is completely decorated with paintings, stuccos, and decorative elements and houses an extraordinary pictorial cycle.

In Crema, you can eat very well and there are several respectable restaurants and pastry shops, like in the big cities. The cuisine has its roots in the peasant tradition. Among the typical dishes of Crema, we have the “tortelli“, a delicious and decidedly out of the ordinary first course: the filling is in fact sweet as it consists of “Amaretti” with cocoa, well-seasoned grated Grana cheese, raisins, candied citron, mint candies, “mostaccini” (they are spiced biscuits typical of Crema), egg yolk and grated lemon peel, Marsala wine, broth, breadcrumbs. Contrasting this decidedly sweet filling are the thick dough that wraps it (prepared without eggs, which is why it has such a pale color) and, above all, the condiment based on melted butter and Grana Padano cheese, both in abundant doses.

Being in a territory where farms are quite widespread, cured meats are certainly not lacking on the tables of the city and the preparation still respects the ancient and traditional recipes of the local butchery.

As for the cheeses that are produced in these parts, the undisputed protagonist is the “Salva Cremasco”. It is a soft table cheese that is produced using exclusively cow’s milk. The seasoning period lasts no less than 75 days.

The “pipèto” is a traditional local dish that looks like meatloaf or a flan. It is a poor and substantial dish based on cabbage, garlic, breadcrumbs (alternative cheese), butter and nutmeg. Given the ingredients, it is consumed in the winter, often accompanied by cotechino or boiled meat.

Among the typical sweets, the “spongarda” is a sort of tart closed on all sides, even in the upper part, of very ancient origins. The first evidence dates back to 1526 when something very similar appeared at a banquet. This cake turned out to be soft and spongy, and it is precisely this characteristic that inspired the name (from the Latin “spongia”, which means sponge).

The spongarda is a dessert made from a shortcrust pastry shell that hides a sweet and spicy filling based on dried fruit (almonds, hazelnuts, pine nuts, walnuts), candied fruit and sultanas that are mixed together and subsequently combined with honey, jam apricot, granulated nougat and spices.

Even the “Bertolina” cake is a simple and delicious dessert that is only found in autumn because it is made with strawberry grapes, available only after September. It is not known exactly when it was invented (probably in the nineteenth century), nor is there an original recipe: there are those who prefer to use the dough for cakes, others dough for bread; and there are those who prefer to put grapes in layers. In Crema every year there is also a festival dedicated to this cake, which takes place towards the end of September. 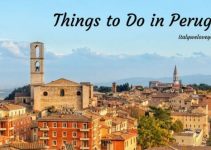 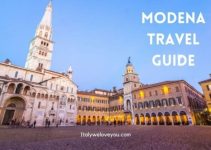 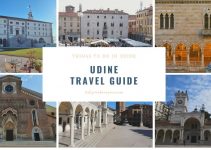 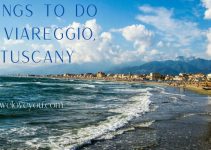