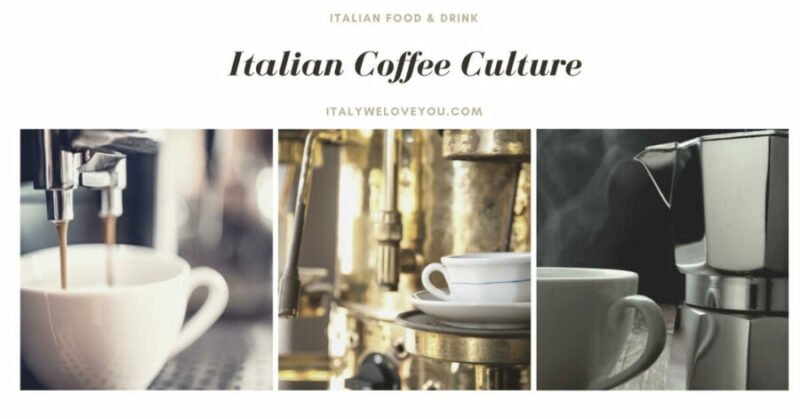 Everywhere in the world, whoever says “espresso” says “Italy”. In fact, Italy is the Country of coffee par excellence. There are those who prefer it long, others spotted with milk, restricted, double or decaffeinated. At lunch, dinner or even late in the evening, Italians prefer espresso, which has become not only one of the symbols of Made in Italy, but also a real social ritual. In fact, drinking a cup of coffee in Italy means having an extraordinary tradition in hand. A unique and special taste which manages to convey the typical values of Italy everywhere in the world.

In Italy, the coffee culture is sacred and it has rules, customs, etiquette and much more. But what are the habits of Italians regarding coffee? First of all, the first and simplest gesture of hospitality when welcoming someone to your home or office is precisely to offer a coffee. It is a way to show the guest that we want to make him feel at ease, that we want to share an experience with him. Because drinking a coffee together is an experience that breaks down walls and creates the empathy necessary for personal or professional relationship, between two or more people. An Italian who goes to an acquaintance’s home, an office or a company, therefore expects him to be asked if he wants a coffee. Coffee is so deeply rooted in Italian culture that it happens very often that two people who want to meet to talk or get to know each other, they don’t “go out for a chat”, but “to go for a coffee”.

In Italy, then, it is always coffee time: early in the morning, mid-morning, after lunch, in the afternoon, in the evening. You may not know what time it is, but no one will ever look bad at you if you offer a coffee. The only exception: just before the main meals, lunch and dinner. Usually, in fact, Italians prefer to consume coffee after a meal and not just before.

In Italy, coffee is served in ceramic or, in some cases, glass cups. There are paper cups for coffee vending machines found in offices, shops or stations, but they are only considered if there are no alternatives. Italians want coffee prepared and served in a workmanlike manner.

Coffee after meals is consumed bitter, with added sugar or corrected with a teaspoon of spirits. When Italians order a coffee from the barman and do not specify, they expect a cup of espresso, which is a machine coffee and which fills about half a cup. Those who want a full cup must specify it, asking for “a long coffee”. However, the maximum dose of coffee is one cup, unlike the American one which has a less intense taste and is served in large glasses.

Furthermore, coffee is not drunk while walking down the street. If you are in a hurry, you can drink your coffee standing at the bar counter.

Coffee is therefore part of the life of Italians: they consume it, produce and trade it, they like to talk and celebrate its aroma, body, cream, as well as blends, roasts, grinds and all that world that revolves around the cup.

In Italy huge quantities of coffee are consumed. On average, Italians drink 4 coffees a day: usually 2 coffees are drunk at home and 2 outside (at the bar or in the office). This occurs mainly in 3 moments of the day: breakfast, mid-morning and after meals. According to a statistical survey, Italians drink coffee to find the energy needed to face the day (58%), for taste (51%), for habit (30%), because it is a moment of relax (54%) or because it is a ritual (36%). It can therefore be said that the passion of Italians for coffee today therefore has a dual function: it is not only essential to face the day, but it is also a moment of relaxation.

The trade and diffusion of coffee began in Italy as early as the sixteenth century, and the opening of the first coffee shop took place in 1683, in Venice. Since then, coffee slowly began to spread throughout the Italian territory. Over time, coffee has become an integral part of Italian culture and a national drink. Its consumption gradually became associated with moments of relaxation, conviviality, and socialization. Coffee captured Italian people for its unique flavor. Whether it is sweet or bitter, coffee is a product that is never lacking in Italian homes. It is a tradition that passes from generation to generation, accompanying the most important moments of family life.

But in Italy, it is enough to change cities to find variations in color and aroma, taste, and quantity of coffee in the cup. The significant differences are in particular between North and South and are linked to the culture, traditions, and habits of the people who consume it. These differences mainly depend on cultural factors related to the daily coffee ritual and habits that change from region to region, influencing the characteristics of the blend, the preparation methods, the body, aroma, cream and taste of coffee. So in the North, Italians drink more acidic coffees and with more intense aromas, with a sweet aftertaste and medium roast. In the South they love strong, creamy, round coffees with a strong aftertaste, with a marked bit of bitterness. For this reason, in the South, the blends mainly contain “Robusta” quality coffee and in the cup they have a greater body, intense flavor and particularly dark color. If between the two extremes there are infinite styles of espresso, in East Italy we find espresso that tend to be darker, toasted and bitter; while in West Italy coffee show a more marked acidity and aroma.

The variables that contribute to determining a particular style of preparation are the different types of coffee used (considered as species, variety and origin), the roasting method, but also the different extraction parameters: grams of coffee, grain size of the ground coffee, temperature and water pressure, time and grams (or milliliters) in the cup.

If in Italy you simply order a “coffee”, an espresso is served. Espresso is drunk throughout the day, to take a short break, usually at the bar, in a few seconds. The term expressed has two meanings: it refers both to the fact that this drink is obtained by infusion under pressure and to its rapid preparation made at the time (originally it took place in 45 seconds).

It must be said that there is a difference between a simple coffee and an espresso coffee. Compared to other preparation methods, with espresso, the water temperature is lower and the contact time is extremely short. This is because the extraction process takes place under pressure. And this is what makes espresso unique. This is why roasters create coffee blends for espresso: to ensure optimal extraction while maximizing taste. As a general rule, light toasts are more suitable for a slower extraction method. On the contrary, darker roasts are more suitable for a fast method such as espresso. In addition to being easier to extract, darker roasts reduce the acidity of the coffee.

When we talk about coffee, we are also talking about cream, or the light-colored layer that forms on the surface of the coffee prepared during the extraction phase. During the preparation of espresso, the carbon dioxide that comes out of the freshly ground and compacted coffee and the pressurized hot water cause the formation of the characteristic “bubbles”. The amount of cream we get in an espresso has to do both with the method (level of roasting, grinding of particulates, pressing, etc.) and with the coffee itself.

Coffee can be transformed into a drink by means of many tools invented ad hoc, specifically to extract the strong flavor of all its essence from this bean: we are talking about moka, Neapolitan coffee maker, but also of the classic but professional espresso machine of Italian bars. We can say that the consumption of coffee in Italy is mainly linked to the use of the moka coffee maker at home and the espresso machine in bars, restaurants and workplaces.

When it comes to coffee, it is also necessary to remember the contribution made by Italy to the creation of some of the ‘ancestors’ of the coffee machines in use today. It was in fact Luigi Bezzera who patented the first machine for the production of espresso coffee in 1901. Later it was the turn of Achille Gaggia, the inventor of the pressure extraction process. Thanks to it, it is possible to obtain a decidedly more aromatic coffee. The characteristics of the cream are also very important, which is pleasantly dense and compact. Finally, if the “Neapolitan” was the most widespread coffee maker, in 1933 the engineer Alfonso Bialetti invented the Moka, exploiting the principle of rising water brought to a boil.

Obtained by grinding the berries of some species of small tropical trees belonging to the Coffea genus, of which there are more than 100 species, from a commercial point of view the most widely consumed coffee varieties in the world are Arabica, Robusta and Liberica. Not all coffees are the same and there are some criteria to consider when looking for the best one for espresso extraction, like bitterness, sweetness and mouthfeel.

Coffee is sold in grains or already in coffee powder or even inside the capsules for the use of the electric machine at home. But true connoisseurs know that drinking coffee made with freshly ground beans is a completely different experience, at the highest sensory level. In fact, if coffee is ground while it is being prepared, it will be able to emit all its aroma and the resulting benefits, such as safeguarding the organoleptic complex of each individual bean.

The effects of coffee are well known: excitement and energy first of all, due to the content of caffeine, a stimulating substance of the central nervous system. Coffee can cause rapid heartbeat if drunk excessively, which is why it is advisable not to overdo it. In general, we talk about strong coffee when the coffee has a high percentage of caffeine, but the intensity of the aromas, the body and the bitter note also count. A coffee therefore, to be considered “strong”, must have intense aromas.

A separate discussion should be made on the cappuccino, another very popular drink in Italy. Traditionally, cappuccino is drunk only for breakfast, usually accompanied by a sweet, such as a croissant. The milk contained in the cappuccino is considered part of the meal, so avoid consuming it for the rest of the day because it is too substantial.

Finally, we must remember that it was in the bars of Naples that a generous tradition saw the light, which gradually spread throughout Italy: that of “suspended” coffee, which is an espresso not consumed by those who pay for it (“suspended”, in fact) but intended for some less affluent customers passing through. A little-big sign of social solidarity. 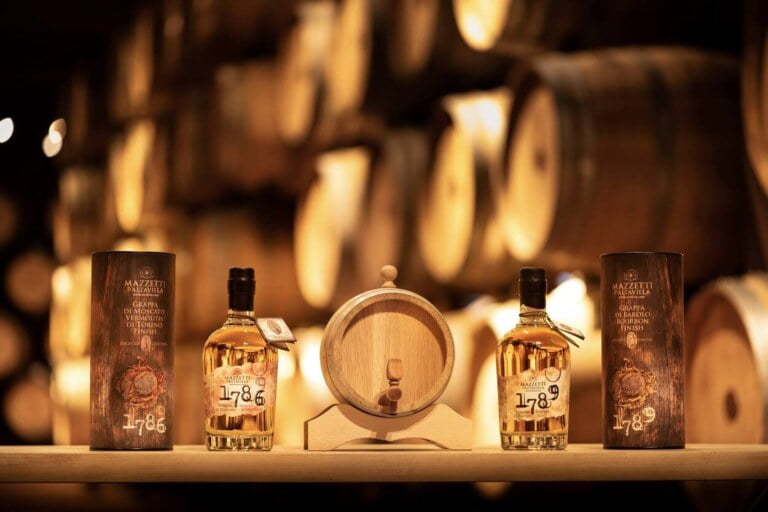 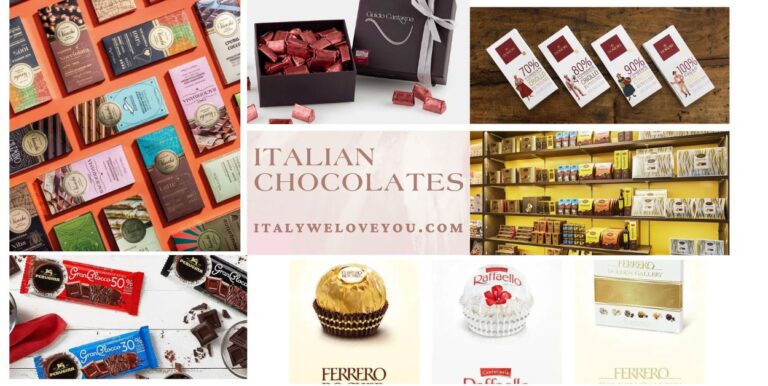 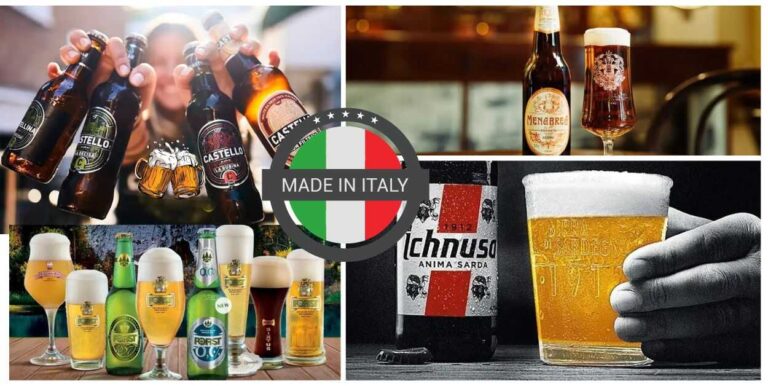 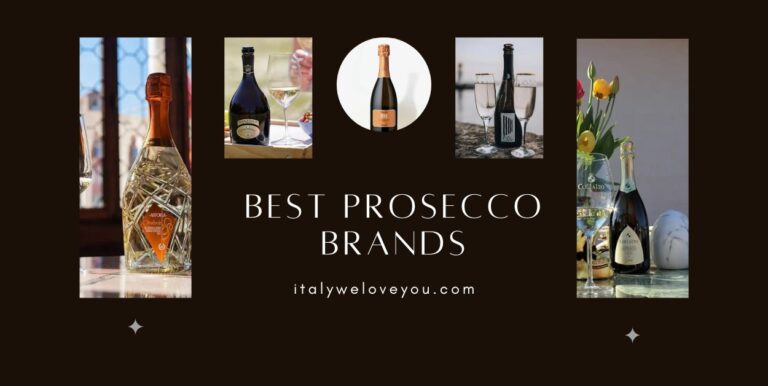