Nowadays, we all have different household appliances at home, large or small, which facilitate the execution of the most common household chores, from cooking to storing food, to washing dishes and clothes. Moreover, technology is an integral part of the most common household appliances. Fridge and freezer, oven, dishwasher and various appliances for cooking, including microwave in the kitchen, washing machine, dryer in the laundry room, vacuum cleaner, iron: there are many appliances in our homes and they are often produced in Italy. The best brands of household appliances are those that over time have been able to establish themselves for the quality of their products, according to industry experts or consumer reviews.

Ariston is a brand created by Merloni in 1960 for cookers, water heaters, dishwashers, washing machines and refrigerators. Since 2007 it has been owned by Ariston Thermo Group for plumbing and heating products, and by Indesit Company for household appliances. In 2007, the household appliances division joined the Ariston brand with the other brand owned by the group, Hotpoint. With Ariston-Hotpoint, which in 2011 becomes only Hotpoint, large quality, innovative and design Italian appliances are produced. On the other hand, Ariston Thermo Group continues to be the world and innovative leader in thermal comfort.

The Candy brand was born from the manufacturer of the first industrial washer dryer in 1945. Washing machines, dishwashers, cookers, air conditioners and refrigerators are just some of the large appliances successfully produced by this company now acquired by the Chinese Haier group. Among the European leaders of Italian household appliances, for over 70 years Candy has been a brand that guarantees simple but technologically innovative products in the medium-high range.

Founded in the province of Varese in 1943, its first products were gas cookers, irons, water heaters and refrigerators. Currently, in addition to the aforementioned household appliances, the Whirpool group brand (since 1991) produces ovens, microwaves, hobs, hoods and built-in dishwashers and washing machines, dishwashers, refrigerators and freezers. The quality / price ratio, ease of use, reliability and efficiency of its appliances confirm it among the most successful Italian brands. The design is functional, essential and at the same time elegant.

Indesit is an Italian company, owned by Merloni Elettrodomestici since 1987, which in 2005 became Indesit Company. The brand produces large appliances and electronics, and comes from a company founded in Turin in 1953. All major appliances, with cutting-edge technology and essential lines, are produced by this brand: refrigerators, freezers, hobs, ovens, microwaves, hoods, dishwashers, washing machines and dryers. All you need to face life at home, saving time, electricity and water thanks to modern technologies, and with an eye to aesthetics given by the modern design.

Ocean is an Italian household appliance brand that produces refrigerators, horizontal and vertical freezers, ice cream cabinets, but also water heaters, air conditioners and water dispensers. Established in 1947, Ocean also manufactures ovens, stoves and hobs, washers and dryers, and small appliances for cleaning and preparing and cooking food. Today, the Ocean Group has in its catalog a complete range of household appliances which, in addition to equipment for washing, food storage and cooking, also includes air conditioning appliances, as well as water dispensers and water heaters.

Founded in 1948 in the province of Reggio Emilia, the company concentrates its production in Italy, although it is also widely present abroad thanks to a network of distributors and commercial branches. The company produces large quality appliances such as hobs, dishwashers, built-in ovens, hoods, and colorful 1950s-style refrigerators destined to remain an iconic product even in the foreign market. In recent years, Smeg has added to its existing production also a division of products for professional catering and small appliances with compact shapes.

Company founded in Pordenone in 1916, in 1984 it was acquired by the Swedish group Electrolux. The Italian brand Zanussi has been manufacturing kitchen appliances for over 100 years. Its appliances have always stood out for their practicality and simplicity of use, in order to optimize the time spent in the stove. In addition to the classic large appliances such as hobs, cookers, free-standing and built-in ovens, washing machines and dryers, dishwashers, refrigerators and freezers, it has developed a sector of professional equipment.

Bialetti is an Italian coffee maker company founded in 1919 by Alfonso Bialetti in the province of Novara. Bialetti owes its success to the invention of the Moka, which dates back to 1933, and was a real success after the war, when Alfonso’s son decided to start exporting it. Over the years, apart from the updated Moka express models, Bialetti has started the production of espresso coffee machines to meet the market’s needs.

Founded in 1912 in Milan, the company gives its name to the Cimbali Group, an Italian multinational leader in producing coffee machines for professional use. The Group produces with this and several other brands in Italy (with three plants) and abroad (in the USA). The dense network of authorized distributors for technical assistance and ten branches complete the picture of an Italian brand of excellence.

Founded near Bologna in 1981, as early as 1985 it produced and sold the first fully automatic espresso machine and in 1986 opened several branches in Europe and around the world. Since 1999 the brand has been part of the Saeco International Group and sells espresso coffee machines for domestic use with high technology and an exclusive made-in-Italy design.

Company founded in 1902 for the production of wood stoves, is based in Treviso and still deals with heating, air conditioning and, among the most popular products, small appliances for cooking, cleaning, ironing and preparing espresso coffee. The Italian brand has established itself in the world market with its complete range of high quality air conditioners and small heating appliances. Its catalog also includes coffee machines, electric ovens, fryers and grills: appliances designed to simplify life in the kitchen.

Polti is an Italian company that produces small household appliances, basically with the use of steam, such as steam cleaning products, boiler irons, professional appliances, and espresso coffee machines. Polti also produces vacuum cleaners with water filters and is the undisputed European leader in small steam appliances. A large part of its revenue comes from exports, representing another Italian excellence.

Necchi is an Italian company that has been producing and selling sewing machines since 1919, although over the years, having lost the habit of sewing in homes and reducing tailoring, it has certainly lost its past splendor. However, today’s Necchi production is always focused on sewing machines, cut and sew, and knitting machines, although in recent years the range has been expanded with some small household appliances for cleaning and ironing. 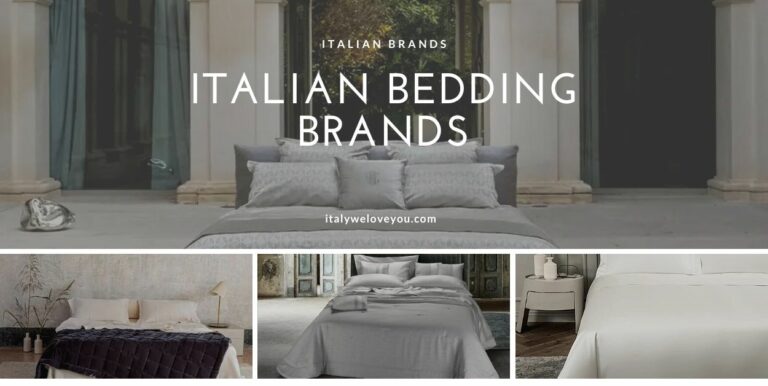 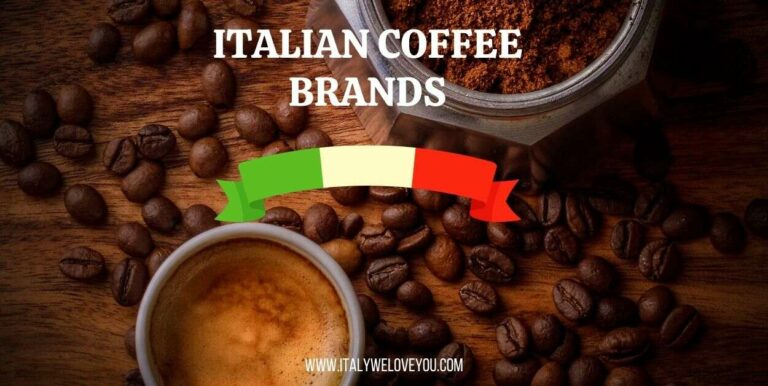 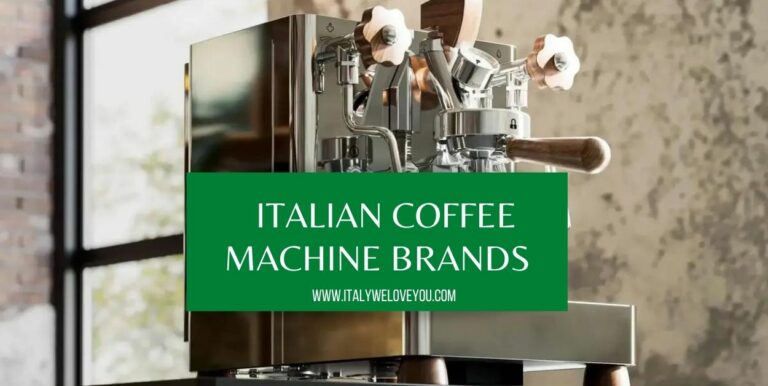 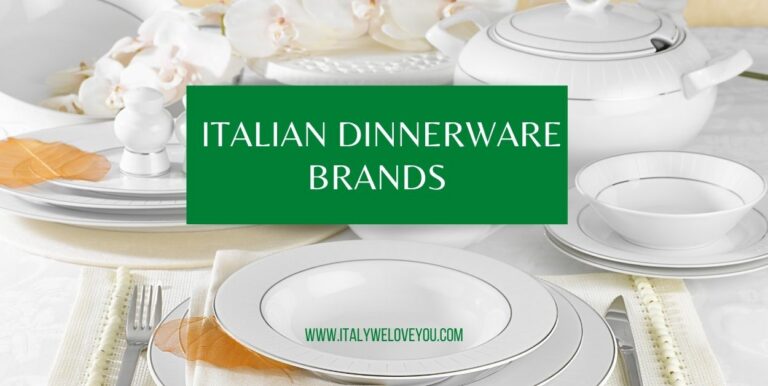 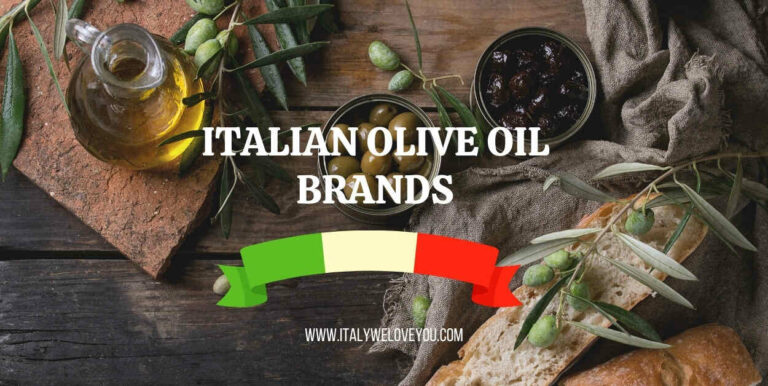