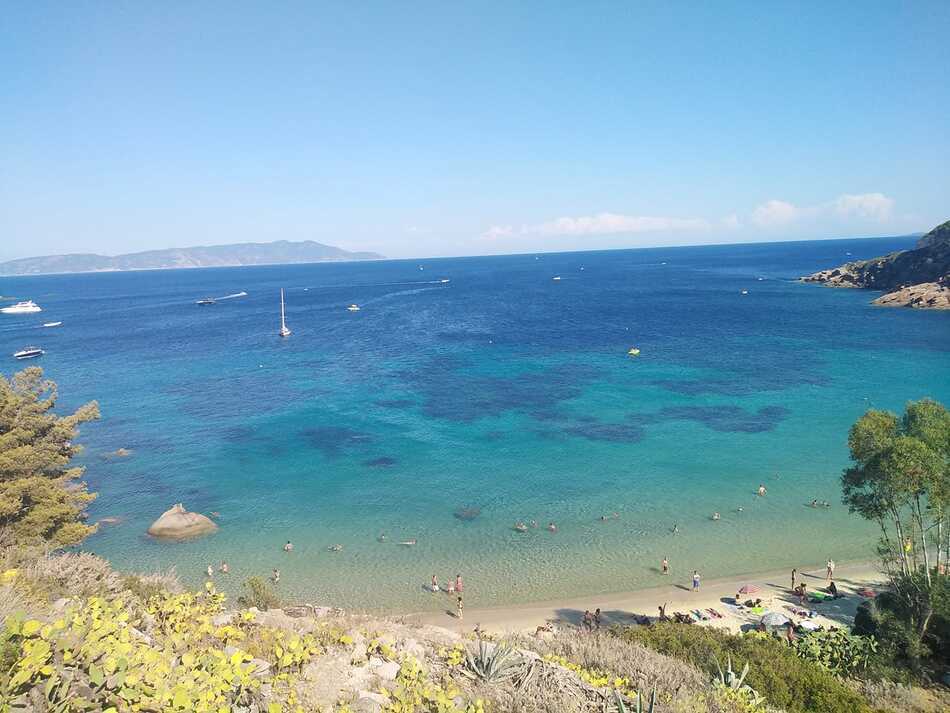 Not just art and history. Tuscany is also full of wonderful beaches. In Tuscany, there are beaches suitable for everyone: for young people looking for adventures in nature, for families with children, and for loners in search of absolute peace. Some beaches are equipped and perfect for all needs, others are difficult to reach and definitely isolated, but ideal for staying away from the crowds. It is not easy to draw up a ranking of the most beautiful beaches in Tuscany, but we have nevertheless tried to choose the most suggestive places on its coast, which deserve to be visited.

Cala del Gesso is a hidden paradise, characterized by an emerald sea stained with blue, a golden cove of pebbles and the opposite islet of Argentarola. The beach can be reached by land through a hard walking path through nature, or it can be reached by sea with a boat. You can reach Cala del Gesso from the town of Porto Santo Stefano passing through the panoramic road and then crossing the Via dei Pionieri. The advice is to ask the locals for directions. It is one of the most beautiful coves in the Argentario area and in all of Tuscany and will give you a breathtaking view. The small pebble beach is completely wild so don’t forget supplies of water, food and a sun umbrella.

If you are a lover of the crystal clear sea and wild nature, you must see the untouched Feniglia beach. This boundless beach near Orbetello is an approximately 7 km long sandbar that connects the picturesque hill of Ansedonia with Mount Argentario. Leave your car in one of the many car parks in the shade of the pine trees and go on foot or by bike, with a walk in the pine forest and relax on one of the most beautiful and famous Tuscan beaches. Feniglia beach is located within the suggestive Duna Feniglia Nature Reserve. It is surrounded by pine forests, Mediterranean scrub and characteristic plants such as sea lily, myrtle, heather and euphorbia. The sea is clear, with sandy and sloping bottoms, ideal for swimming. You can reach the beach from Cala Galera or from the entrance to the Reserve.

Rocchette beach is located in a magnificent stretch of coast near Castiglione della Pescaia, in the province of Grosseto, and is perfect for families with children, as its seabed is shallow and the beaches are equipped with every possible comfort. Castiglione della Pescaia boasts a blue and uncontaminated sea. The picturesque Rocchette beach is so-called because it is dominated by the Forte delle Rocchette, an ancient watchtower that is now a private property. You can then have a seafood lunch in one of the beach restaurants. This small natural paradise is framed by the luxuriant Maremma vegetation. The town also stands out for the protection and enhancement of the coastal ecosystem and for the conservation of the dune habitat, with the involvement of schools, citizens and tourists.

To reach the wild Cala Violina you will have to park your car in the parking lot and then follow a 1.5 km walking path in the Mediterranean scrub. With this beautiful Tuscan beach we find ourselves in that stretch of coast that connects Follonica to Punta Ala, precisely within the Bandite di Scarlino Nature Reserve, also in the province of Grosseto. This corner of Maremma paradise will leave you breathless, giving you a day of tropical charm. Cala Violina is a very suggestive cove in Maremma. It has white sand and an incredibly clear sea. A feature makes it unique: its name derives from the particular sound emitted by the small grains of quartz, of which the cove is made, when you walk on it and which are reminiscent of that of the musical instrument.

Torre Mozza is the Tuscan beach that bears the same name as another Apulian beach and which develops around an ancient coastal tower of the sixteenth century. Torre Mozza beach divides Follonica and Piombino and boasts one of the cleanest sea in Italy that invites you to rejuvenate dives. The sea on this stretch of the Tyrrhenian coast is particularly clear, with a sandy bottom that lies on a golden beach. The very long cliff stretches underwater for hundreds of meters along the coast. It has a seabed of a thousand surprises; here, in fact, among ravines and rocks, you will meet octopuses, sea bass and white breams. The best thing to do on this beach is to relax and enjoy the benefits of the sea. Also in the municipality of Piombino, in the province of Livorno, three other fabulous Tuscan beaches are worth a visit: Calamoresca, Buca delle Fate and Baratti.

Cannelle beach is located on the east coast of the Giglio Island and overlooks the splendid Argentario promontory. It is one of the largest beaches on the island. The landscape, consisting of a strip of fine white sand and a crystalline sea, is worthy of the most sought-after tropical destinations. The beach is composed of fine grains of quartz in the central part, while it becomes rocky at both ends. It is about 100 meters long and, near the shore, the waters are shallow, a feature that allows even the little ones to swim safely. It is therefore an ideal place for families with children, thanks also to the convenience of the bathing establishment which in the summer seasons occupy a part of the beach, providing sun umbrellas, sunbeds, deck chairs, bar and refreshment points. Even snorkelers will find their paradise here, because the sea is transparent and emerald colored.

Quercetano bay, in Castiglioncello (fraction of Rosignano Marittimo) is absolutely worth a visit. Thanks to its natural conformation, this stretch of coast is sheltered from the winds. On its golden crescent-shaped beach there are bathing establishments, bars and small restaurants with sea views. It is also the perfect destination for families with children. Fine sand, smooth rocks and Mediterranean scrub make this bay a real enchantment, a place that, due to its special shape, is often sheltered from the winds and therefore perfect for any type of day and for all swimmers. On its crescent-shaped beach, establishments alternate with free areas, restaurants and small bars. After a relaxing day on the beach, do not miss the opportunity to visit Castiglioncello, among trendy boutiques and beautiful streets.

Lecciona beach is located between Viareggio and Torre del Lago, in the wonderful and uncontaminated context of the Migliarino, San Rossore, Massaciuccoli Regional Park. Lecciona beach is a sandy beach that has remained in its natural state with dunes covered with vegetation. This is the largest beach in all Versilia, characterized by golden sand dunes that plunge into a crystalline sea, perfect for refreshing baths and long walks. The place suitable for wild tourism, in short, always in search of privacy and relaxation. The path in the Lecciona nature reserve has a particular environmental and naturalistic value because it crosses all the natural environments that are part of the Park, from the woods to the free beach, and it is certainly the most beautiful beach in the natural state in the Park.

Sansone Beach is one of the most beautiful beaches on Elba Island , with a white seabed that lights up with its own light under calm and transparent waters. Waters suitable for snorkelers who can find caves, ravines and rare fish here, not to mention people who will find rocks as a springboard. The beach is in fact surrounded on the right by a rock which divides it from the Sorgente beach and on the left by a large stack, a destination for lovers of canoeing or kayaking. White cliffs, typical of the Portoferraio coast, protect this small paradise of golden sand, suitable for a tourism that is not afraid to tackle walking paths in nature. On the beach there is a small bathing establishment equipped with sun umbrellas, sunbeds and a small bar, as well as a pedal boat and canoe rental.

From the rugged heights of Elba Island we land on Pianosa Island. This other wonder of the Tuscan Archipelago is an uninhabited island since 1998, famous for its historic prison (now closed), for its protected marine area and for a beach, the only one where stopping and therefore bathing is allowed. The island is characterized by the uniqueness of its totally flat territory. The beach of Cala Giovanna has a sea that is bluer than the sky and with a soft white beach where it is possible to see the remains of a Roman villa. The long beach of fine golden sand is located very close to the town and the old port. Diving into its shallow and crystalline waters, it is possible to admire the richness of the marine fauna present in the seabed, a sea and a beach that have nothing to envy to Caribbean beaches. It is also possible to join a tour of the island.

The White Beaches constitute a stretch of about four kilometers of the sandy coast of the municipality of Rosignano Marittimo in Tuscany, between the hamlets of Rosignano Solvay and the center of the hamlet of Vada. Bathed by the Ligurian Sea, they are located at the extreme northern edge of the Maremma coast. The Caribbean colors are due to Solvay’s calcium carbonate discharges in the 1900s. The famous white beaches every day in summer welcome hundreds of swimmers enthusiastic about the dreamy and breathtaking scenery given by the almost unreal white of the beach and the sea water which, reflecting the light, is tinged with the colors of emerald. There are also numerous bars and restaurants where you can go for a pleasant and refreshing break during the hottest hours of the day. In short, a real paradise of sea and fine white sand not far from Livorno and Cecina.

Among the numerous beaches that can be visited and experienced during a holiday in Tuscany on the Etruscan Coast, the splendid Gulf of Baratti is undoubtedly worth a stop. A long beach with magnificent centuries-old pines behind, burnished sand due to the ancient iron residues, transparent and warm waters for the shallow waters: an icon of the Tuscan sea. With its characteristic horseshoe shape and dark and bright sand, the Gulf of Baratti is a popular destination for many tourists every year and one of the favorite destinations of the locals who frequent the pine forest. The peculiarity of Baratti lies precisely in the splendid and characteristic nature in which it is immersed, as well as for a blue and transparent sea and also for the shadow of its beautiful as well as famous maritime pines that almost reach the beach. In Baratti you will also find a specialized Diving Center, suitable for both professionals and those approaching this sport for the first time.

Sterpaia Park extends into the wide gulf between Piombino and Follonica and occupies an area of about 296 hectares. The coast is divided among beaches and large free stretches. There are many roads to access the park and the beaches, with an articulated parking system that allows regulated access to the beaches of the coast. The Sterpaia coastal park is known above all for its crystalline sea, with clear and sandy bottoms, and for its long and wide beach of fine golden sand, hidden by small dunes, which can be accessed by paths that cross a vast forest of centuries-old trees such as holm oaks and ash trees and allow a glimpse of the beach from dense Mediterranean scrub bushes. The long beach has very light and thin sand and the water is transparent. The coastal area is then organized with services such as refreshment points, bathing establishments, public toilets and showers, small supermarkets, picnic areas, parking areas for cars and motorhomes. 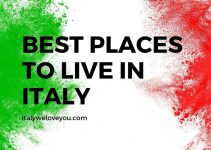 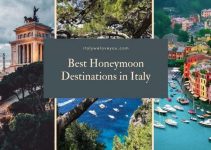 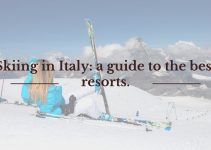 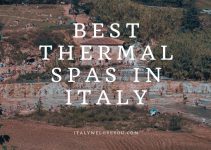 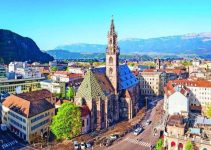