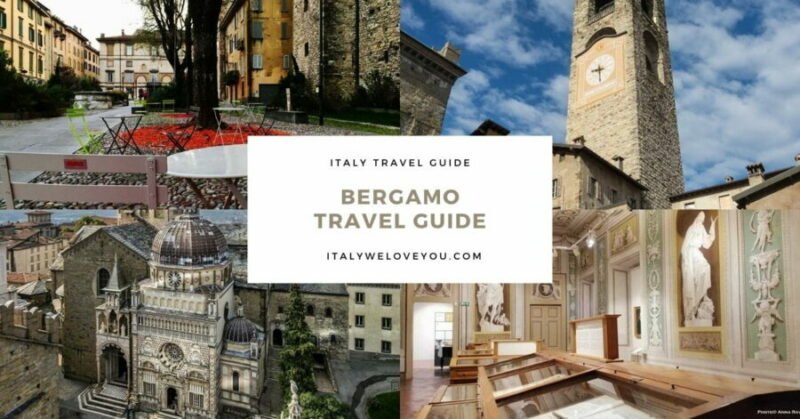 Bergamo offers many historical and artistic beauties, far from the smog and stress of large cities. It is also well connected with the rest of the world thanks to the nearby Orio al Serio airport, one of the most important international airports in Italy. The city is divided between Bergamo Alta (Upper Bergamo: the oldest part) and Bergamo Bassa (Lower Bergamo: the most modern one).

To reach Bergamo Alta, you need to take the funicular located in Viale Vittorio Emanuele II. You can buy the single ticket (round trip) at the ticket office and enjoy the short, steep slope on this historic funicular, inaugurated in 1887. Bergamo Alta is the fulcrum of the ancient city, entirely surrounded by walls. The medieval layout is still perfectly recognizable and lays its foundations on pre-existing Roman buildings. The heart of Bergamo Alta is Piazza Vecchia, one of the most beautiful squares in Europe. The square, like much of Bergamo Alta, is closed to cars. For this reason today this square and its surroundings are a place of beauty and quiet: tranquility is broken only by the stroll of tourists and citizens who come here to meet or sit at the tables of the numerous restaurants and cafes. Piazza Vecchia is divided from Piazza Duomo by the portico of the Palazzo della Ragione. At the center of the square is the Contarini Fountain and all around there are the Palazzo della Ragione, the “Campanone” and the Palazzo del Podestà. The fountain was given by the Podestà (governor) of Venice when in 1780 he left his position in Bergamo. It was a way to embellish the square, but above all, to bring water to the center of the Upper Town and make it available to everyone. The fountain has four lions on its sides, the symbol of Venice.

The Palazzo della Ragione is the oldest municipal building in Italy. With the arrival of the Venetians, it was transformed into a court. Destroyed and rebuilt several times, it owes its current shape to the changes made around 1540. The portico on which it is built serves as a “small square” that divides Piazza Vecchia from the adjacent Piazza del Duomo. Do not miss, on the floor, the sundial of 1798 by Abbot Giovanni Albrici. The sun, passing through a perforated disk placed 7 meters high, illuminates the slabs placed on the floor of the portico indicating the solar noon and the zodiac sign (therefore the month and the season). To observe this phenomenon you must go to the Palazzo della Ragione at noon. On the first floor of the palace, there is the splendid Sala delle Capriate, a hall with the windows and the balcony overlooking Piazza Vecchia. Here there is the Museum of Frescoes which preserves about 100 frescoes recovered from the city and province of Bergamo. The highlight of the collection are the frescoes by Bramante which adorned the facade of the Palazzo del Podestà.

The Palazzo Nuovo, effectively opposed to the Palazzo Vecchio (or Palazzo della Ragione), is recognized by the bright white color of its marbles. Currently, the Palazzo Nuovo houses the Angelo Mai Civic Library, opened in 1768 thanks to the testamentary bequest of Cardinal Giuseppe Alessandro Furietti. Keeping more than six hundred thousand volumes, over two thousand incunabula and more than sixteen thousand manuscripts in its rooms, Palazzo Nuovo in Bergamo Alta is considered one of the most important libraries in Italy. 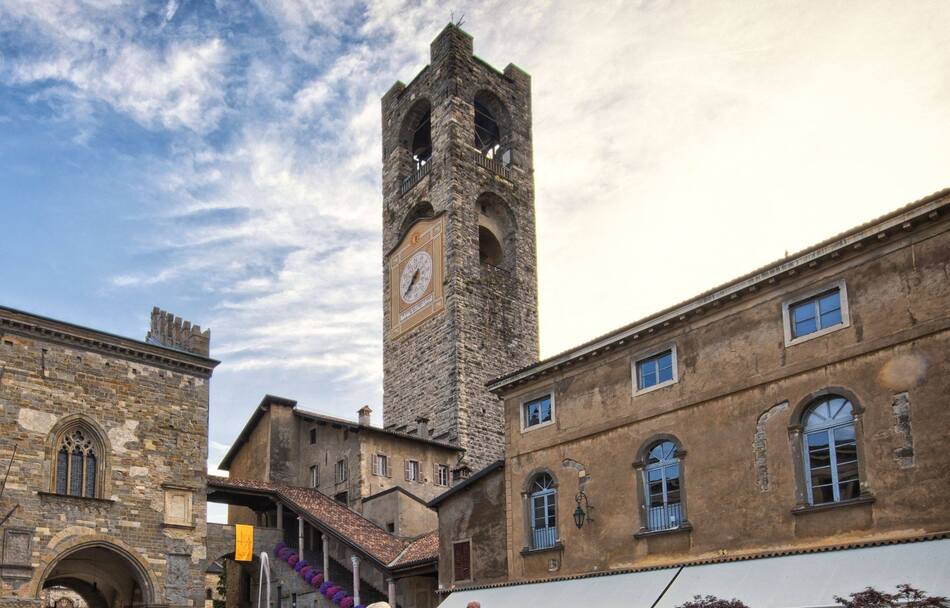 The other great protagonist of Piazza Vecchia is the “Campanone“, that is the Civic Tower. With its 53 meters high it is one of the highest in Europe and a symbol of Bergamo. Every evening at 22:00 the bells of the tower perform their secular function: ringing 100 times to warn of the closure of the four access doors to the Upper Town. And even if the doors no longer close now, the tradition is still alive and not to be missed. From the top of the tower the view on Bergamo is beautiful and to get there you have two choices: 230 steps on foot or a comfortable lift. Next to the tower is the Palazzo del Podestà. Today it houses a multimedia museum on the history of the city.

Passing the portico of the Palazzo della Ragione you reach Piazza Duomo, the other important square in Bergamo. If Piazza Vecchia has always been the symbol of administrative power, this is the square of religious power. The Church of Santa Maria Maggiore is the most important building in the square (and in Bergamo) and owes its construction to a vote against the plague made by the inhabitants in 1133. Built-in 1137 is characterized by the lack of an entrance door on the central facade, however, compensated by four splendid lateral access doors. Inside there is a beautiful crucifixion by Ludwig van Schoor and Luca Giordano’s “Red Sea Passage”. At the bottom, there is the funeral monument of the musician Gaetano Donizetti.

In reality, the real Cathedral of Bergamo is that of Sant’Alessandro which is attached to the Palazzo della Ragione. The Cathedral is amazing. It houses the Chapel of the Crucifix and paintings by important artists, among which the Martyrdom of San Giovanni Bishop by Giambattista Tiepolo stands out.

On the right of the altar, you will find the chapel dedicated to Pope John XXIII, which preserves the saint’s relics: there is the coffin that housed the body of the “good Pope”, his tiara and other personal items.

Leaving Bergamo Cathedral, take Via Mario Lupo, one of the oldest and most picturesque streets of the Upper Town. Once in Piazza Luigi Angelini, you can admire an ancient washhouse, perfectly preserved. The Bergamo Alta wash-house (one of the many Upper Town washhouses) remained in use until the 1950s. The wash house, built by the Municipality at the end of the 19th century, for decades made up for the lack of running water in the houses of Bergamo Alta.

To the right of the facade of the Basilica of Santa Maria Maggiore is the Colleoni Chapel where Bartolomeo Colleoni, a mercenary soldier who worked mainly in the service of Venice, rests. Built between 1470 and 1476, it is one of the most beautiful examples of Renaissance in Italy and is dedicated to Saints Bartholomew, Mark, and John the Baptist. An entrance staircase bordered by a wrought iron gate protects the red and white marble columns with symbols and biblical stories around them. Inside, the Sarcophagus of Colleoni stands out with the equestrian statue of the leader in gilded wood. On the left wall, there is the funeral monument of Colleoni’s daughter, Medea, who died on March 6, 1470. On the sarcophagus, there is a statue of Medea between Saint Clare and Saint Catherine. The frescoes are by Giambattista Tiepolo. Admission is free.

The city of Bergamo was also the birthplace of the famous composer Gaetano Donizetti, paid by the Lombard community with monuments and museum institutions that celebrate its inspiration and talent every day. If you want to know the master in more detail, you must visit the Donizetti Museum: you will be welcomed by the notes of Donizetti’s best-known works, observing documents, photos, and other testimonies on the life and work of the famous Bergamo musician.

You cannot say that you have visited Bergamo Bassa if you are not lost in its alleys: an aimless walk through narrow streets, alleys and shopping streets, to breathe the true atmosphere of Bergamo Bassa. If the fulcrum of Bergamo Alta is Piazza Vecchia, its counterpart in Bergamo Bassa – the most modern and “social” area of the city – is the square “Piazza Giacomo Matteotti”. There is no shortage of cultural attractions in this area of the city; however, Bergamo Bassa is renowned for its nightlife and shopping. Piazza Matteotti is therefore configured as a meeting point for young people from Bergamo, but also as a reference point for families and tourists. In particular, the area in charge of shopping in Bergamo is via XX Settembre, a lively area located in the Lower City where you can really buy everything, thanks to the countless shops all along the street.

Although perhaps unknown to many, the Carrara Academy is one of the most beautiful Italian museums. It is located in Bergamo Bassa, in an area rich in history and shops. The art gallery collects 1793 paintings from the Venetian, Lombard, and Tuscan schools from the Renaissance to the late 1800s. Among these, works by Gozzoli, Crivelli, Tura, Mantegna, Pinturicchio, Ghirlandaio, Bellini, Raffaello, Tiziano, Lotto, Rubens, Tiepolo, Canaletto, Hayez and many others. Among the masterpieces are the “Madonna and Child” by Mantegna and that of Titian, the “San Sebastiano” by Raffaello, The “Memory of pain” by Pellizza da Volpedo. But the whole collection of paintings deserves several hours of visit, together with that of the sculptures with works by Bernini and the prints with works by Mantegna, Dürer, Piranesi, and Canaletto.

In front of the art gallery, there is, instead, the Gallery of Modern and Contemporary Art (GAMeC), ideal for lovers of the most contemporary painters of our time.

The current Piazza della Cittadella dates back to 1379. The Cittadella was built by the Visconti family and it was designed as a fortified garrison to defend against external attacks but also as a safe place in case of popular insurrections. Today it hosts the Civic Archaeological Museum, the Museum of Natural Sciences “E. Caffi “and, a short distance away, the Botanical Garden of Bergamo.

The Civic Museum of Natural Sciences “E. Caffi” is designed especially for the little ones: here it is possible to live interactive and sensorial experiences literally touching each find, from stuffed animals to the various fossils of different species present at the interior of the museum. The structure is divided into different “branches” of scientific knowledge, from mineralogy to archeology. It is also advisable to visit the botanical garden a stone’s throw from the museum, hosting various floristic species.

The Venetian walls of Bergamo

Also visit the Venetian walls, a UNESCO World Heritage Site. The 6 km that runs around Bergamo Alta represent an extraordinary defense system built by the Venetians in 1561 (on ancient Roman walls) to defend themselves from external attacks. Fortunately, the walls have never been under siege, so they are perfectly preserved. Along the walls, there are 4 entrance gates to the Upper Town and 14 bastions. Today the Venetian walls can be visited since they have been transformed into a suggestive “walk” for tourists and offer a breathtaking view not only of the entire Bergamo but also of the “nearby” Milan. 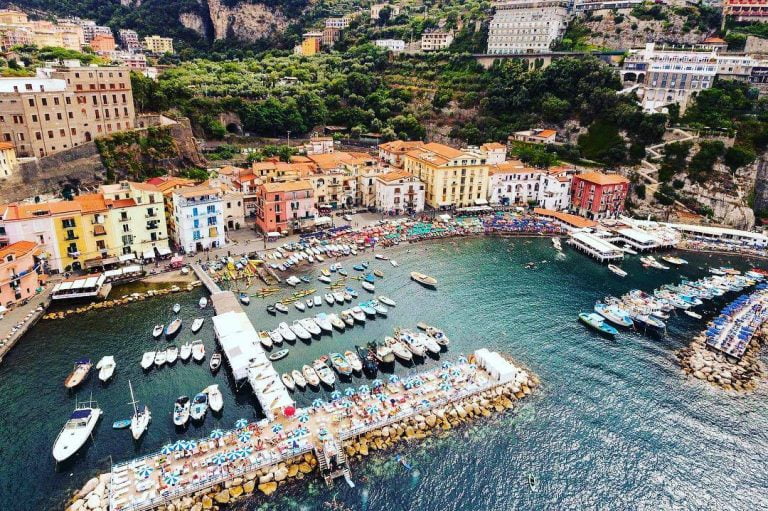 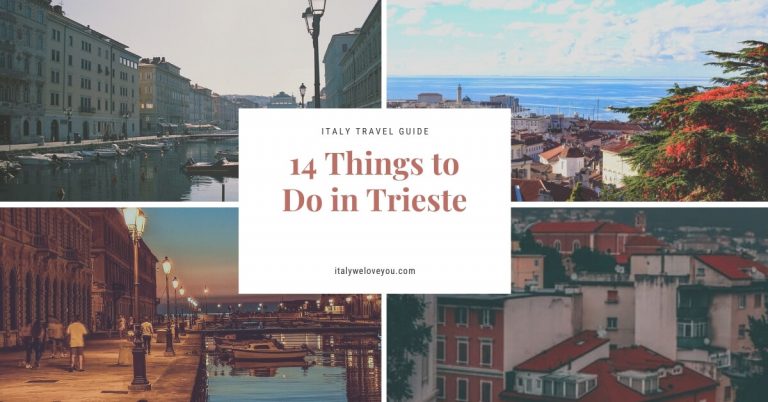 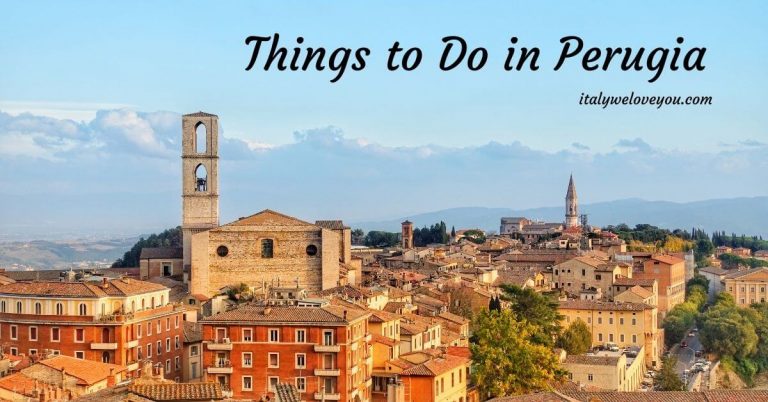 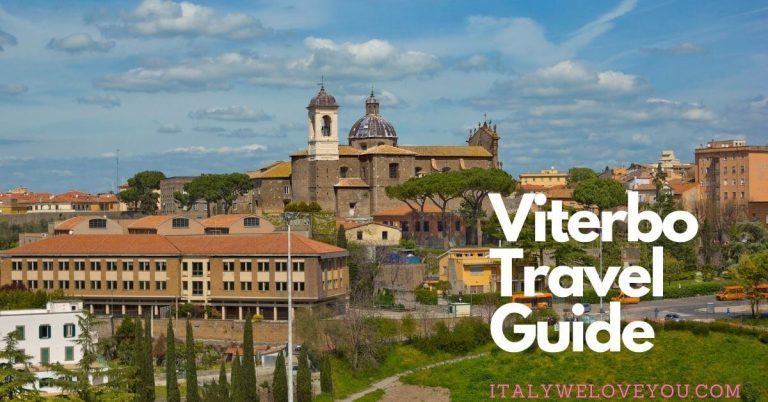